The surface component of the W1M3A observing system is the large spar buoy called ODAS Italia 1, where ODAS means Oceanografic Data Acquisition System. It was specifically designed in 1970 for air-sea interaction studies and the collection of meteorological data even in rough sea.

Stability is the basic feature of this type of buoy with respect to the other more classical approach based on discus-shaped buoys: its total mass, the unity buoyancy at the sea level, and presence of a damping disk allow for negligible sensitivity of sea heave and height.

The buoy is kept in position by a slack mooring usually employed to moor surface buoys in deep ocean.

The buoy continuously collects meteorological and near surface (from 0 down to 40 m water depth) oceanographic measurements in near real time integrated over an hourly basis.

Data received ashore are quality checked and made available to the scientific community as well as public users on a graphical form on the observatory web site. 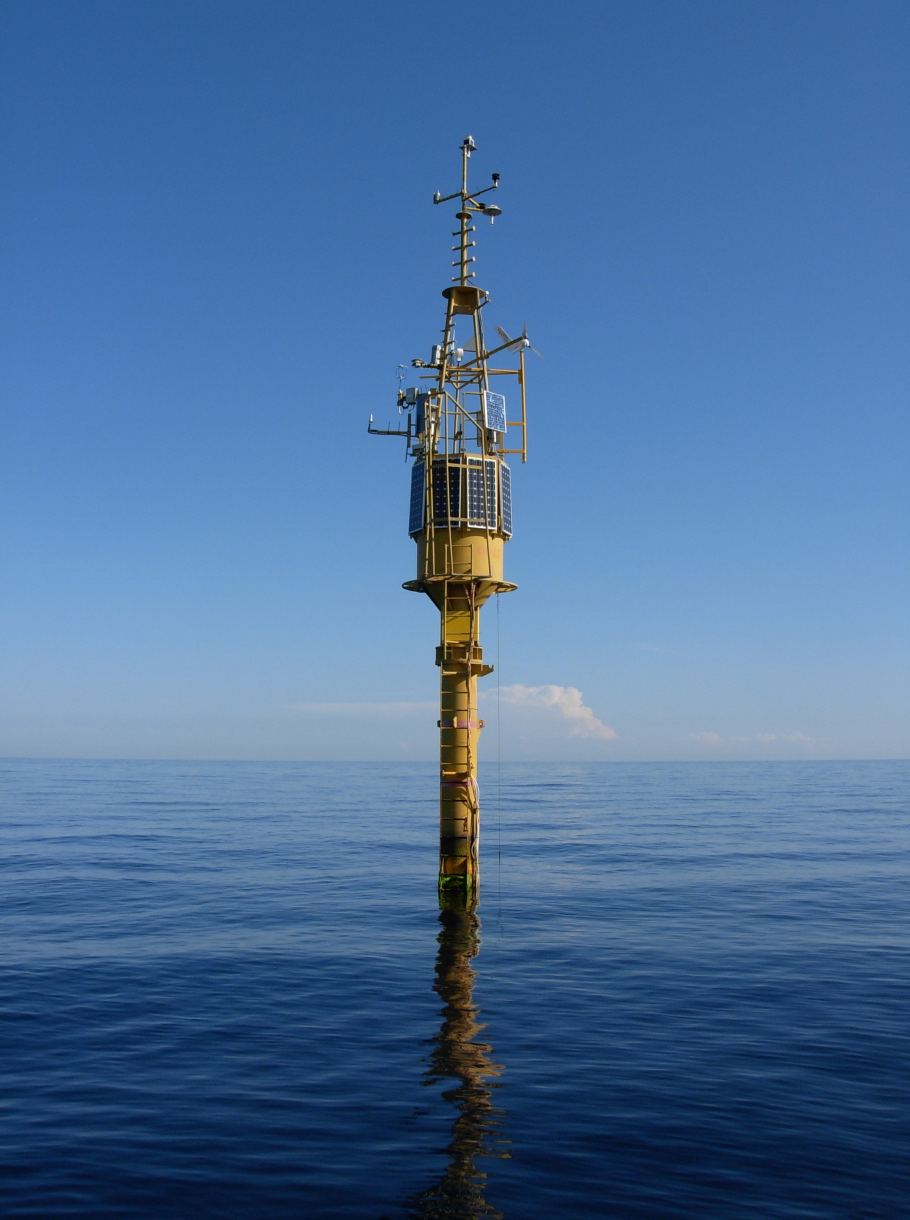